BAHAMAS: Known as the "narrowest place on earth", the Glass Window Bridge today is still a scenic attraction for visitors to Eleuther Island. 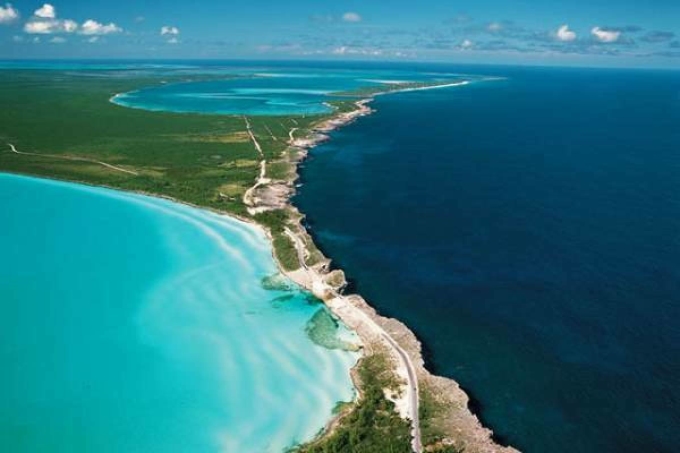 The contrast is clear between the two water bodies on both sides of the Glass Window bridge. Photo: Bahamas.

Located at the narrowest point of Eleuthera Island, the Glass Window Bridge stretches over 9 meters on a narrow strip of land, separating the cold, dark waters of the Atlantic Ocean from the turquoise waters of the Bight Sea. of Eleuthera.

When drawing the Glass Window bridge in the 19th century, American artist Winslow Homer was working on a project for Century magazine, recreating his tour of the Bahamas with watercolors. It was 1885, when Homer saw the original bridge - just a natural archway separating the Atlantic Ocean from the Bight of Eleuthera. 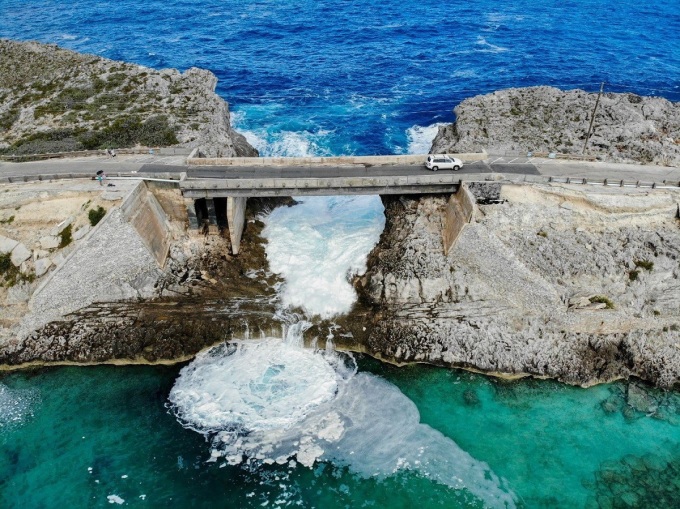 The bridge was rebuilt several times due to natural disasters. Photo: Teal Tales.

The archway that connected the two narrow land strips of Eleuthera Island that Homer painted today no longer exists. Hurricanes of the ocean destroyed it forever. But the name given to him by the American artist remains: Glass Window Bridge, a fragile place rebuilt countless times over the past 130 years.

The Bahamas government asserts that the waters are the Bight of Eleuthera, not the Caribbean Sea as many media reports. People still call this bridge "the narrowest place in the world" - the title they have given themselves to it to tourists, no other record has verified this.

With only a pair of sturdy shoes, visitors can climb the rugged karst hill above the bridge, zoom across the small island and cross two waters. When a big wave hit the rocky shore, in two moments of water as one, they "shook hands" and then separated as thousands of years.

An An (According to CNN)

The Queen's Highway runs along Eleuthera, a narrow island that is just over 1.6 km wide and 177 km longer. The Glass Window Bridge connects the north to the south of the island, and you can get here by car or motorbike. Pay attention to the sudden and strong waves from the Atlantic.

Two hours south of the bridge is the lighthouse at the southernmost point of the island. The most ideal means of transportation on the island is a Jeep or SUV, because most roads are quite bumpy, with many rubble.