The stop without cars is still crowded

The Totoro statue is what attracts Studio Ghibli animation fans to the bus stop in the middle of nowhere.

Totoro is an animated character created by Studio Ghibli, a beloved Japanese animation studio, in the film My Neighbor Totoro in 1988. One of Totoro's most memorable moments is his birth image. The chubby magic object waits for a cat bus in the rain.

That moment aroused the inspiration for many creative works. The same is the case with a couple in their 70s in Takaharu, Miyazaki Prefecture. The grandparents decided to build a statue of Totoro waiting for the bus for their nephew. 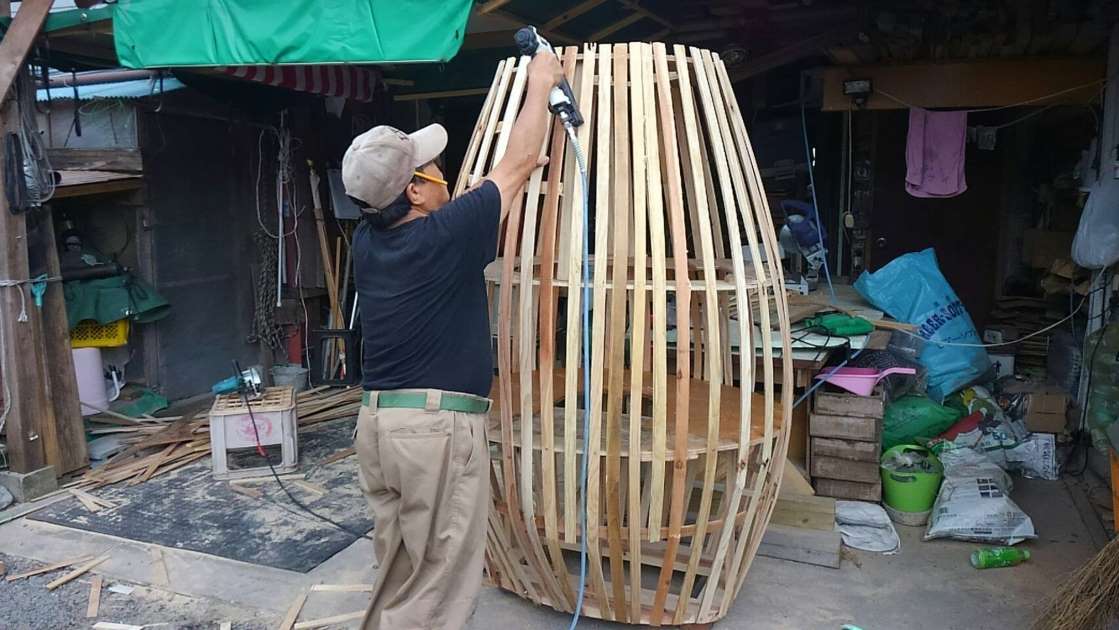 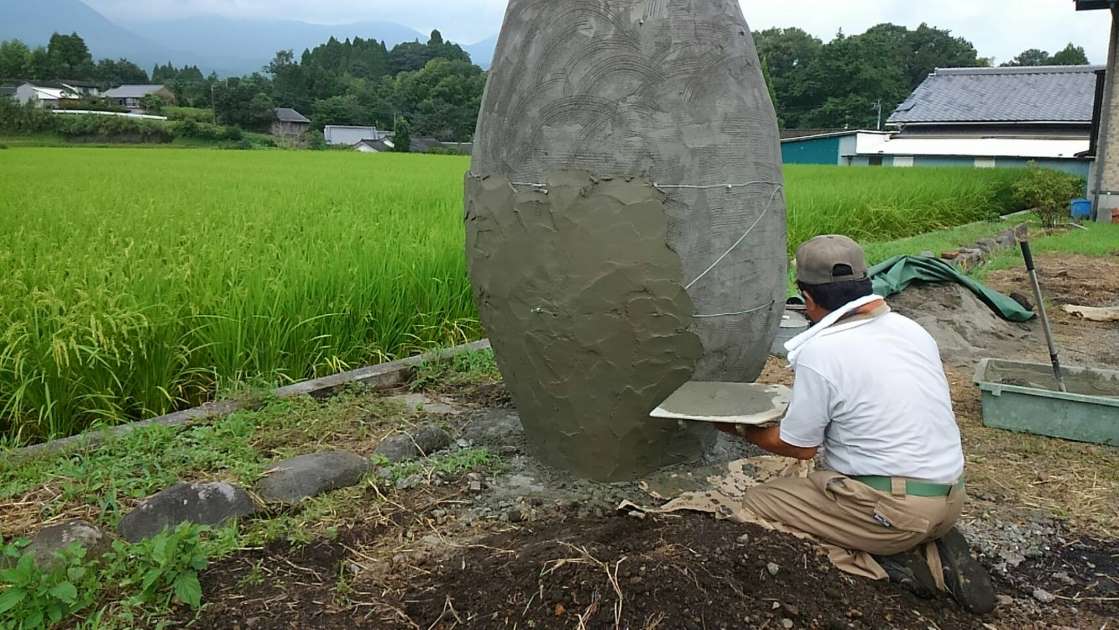 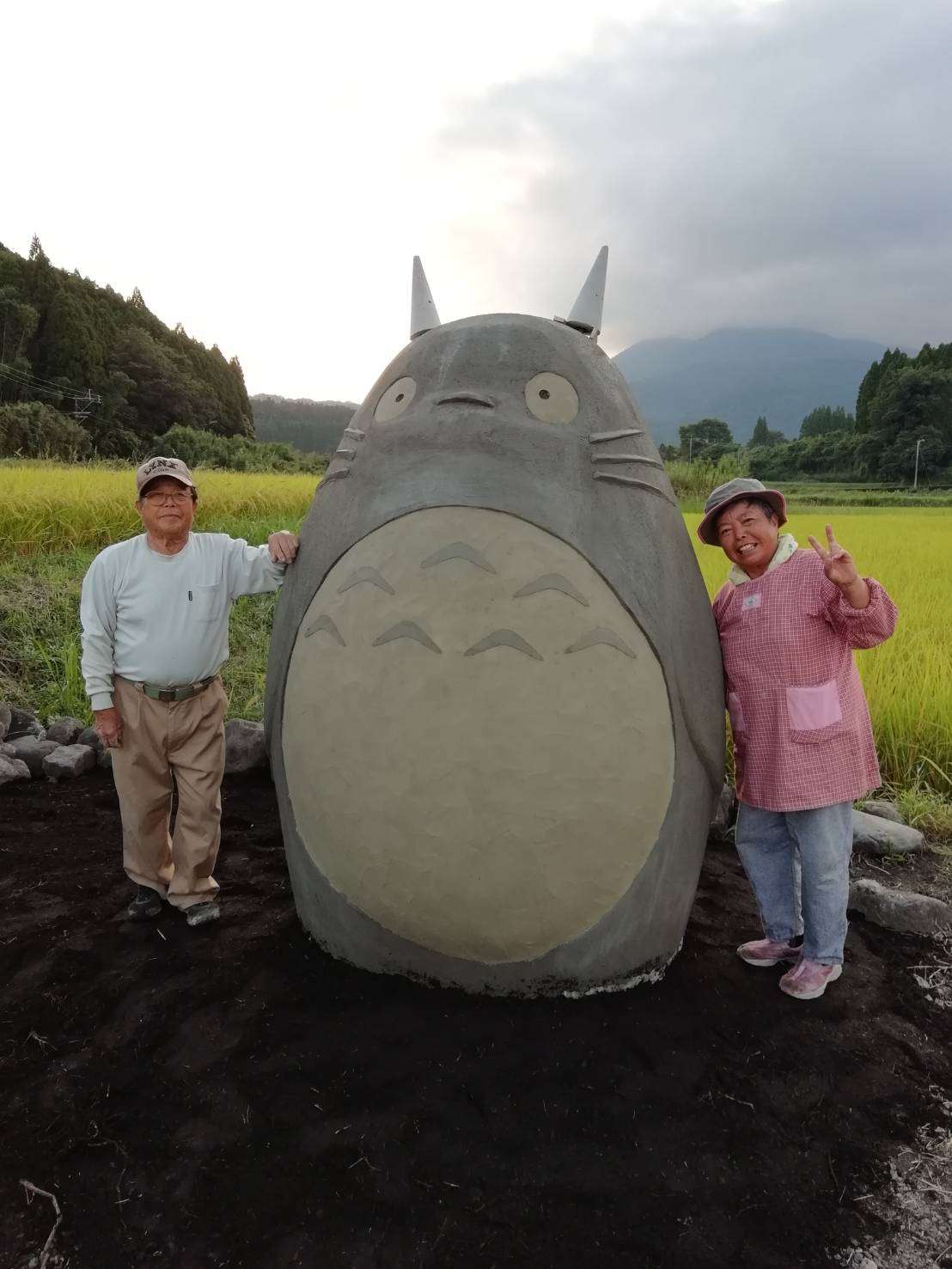 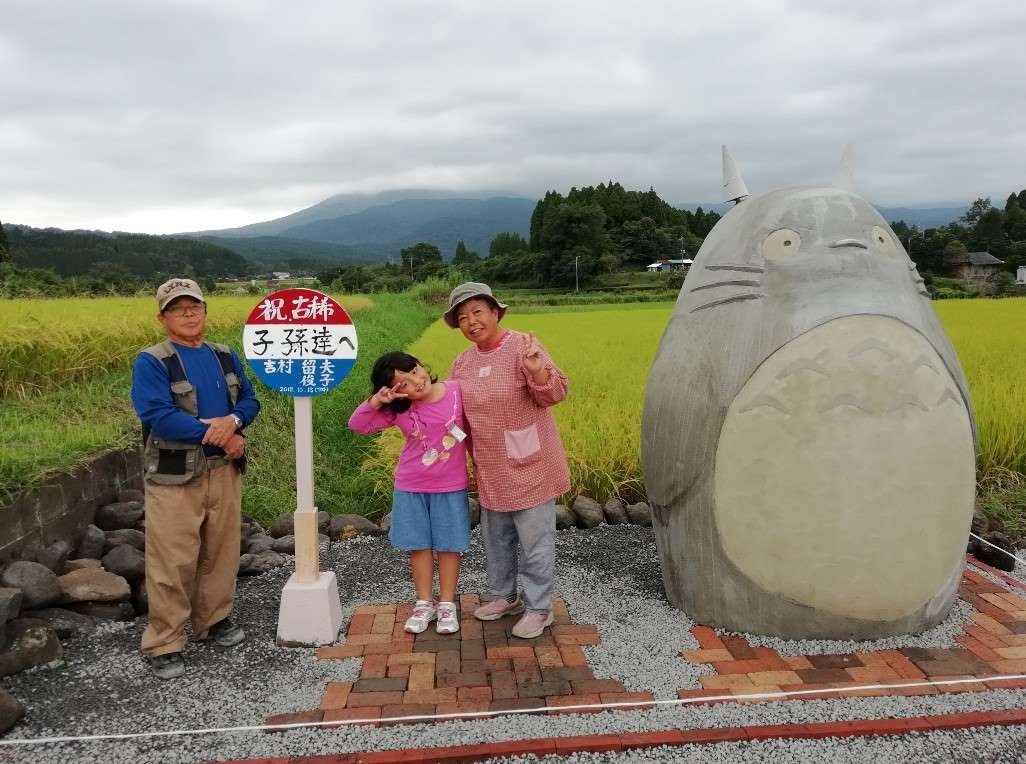 The statue, larger than both children and adults, not only brought joy to the two grandchildren, but also attracted Totoro fans from afar to the small town. Grandparents put in extra red umbrella like in the movie for any photographer to visit and lover Totoro to take pictures.

Grandparents built that project by themselves, made their own carpentry, built a statue frame and paid attention to every perfect detail. Next, they plastered mortar around the frame like a barrel before adding layers of bricks, concrete and a process of shaping, drawing meticulously from the eyes, beard ... characteristic gradually appeared. In the end, they built a brick and gravel road around the statue, placing a bus stop sign like in the movie. 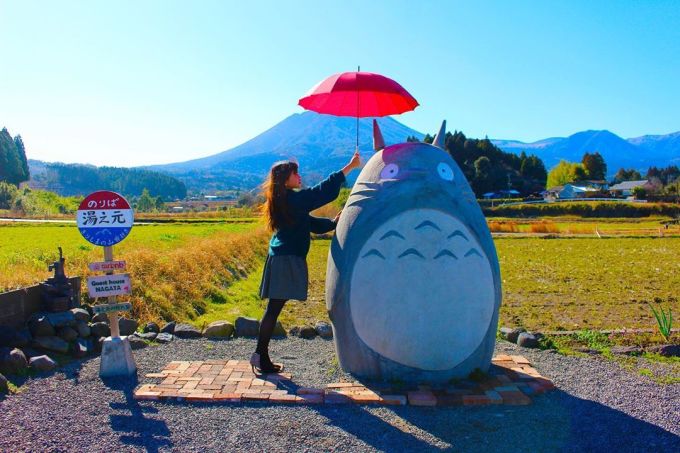 Thanks to the love for their little grandchild and the vision of this old couple, Totoro fans have another stop at Takaharu to see and remember the classic Studio Ghibli film.