The stone looks normal but contains many mysteries in London

London Stone is located in the bustling street in the capital of England, but no one knows where it came from, why it is there or what function.

Behind the misty city of London
The first pub in London was allowed to welcome naked guests
Cannon Street, London is always chaotic in the morning rush hour, when thousands of people rush to work. Few people pay attention to a small crypt mounted on the wall of house number 111. Outside the crypt is a small glass door. If you are curious to look at, this place is nothing but a small limestone. 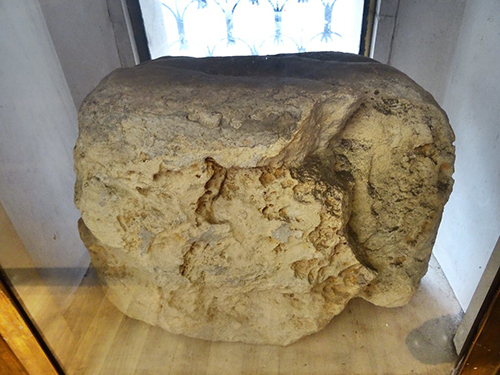 On that small stone, there were no precious metals or special carvings. It also does not have strange shapes or eye-catching colors, but looks as simple as ordinary stones you can see anywhere.

But, for hundreds of years, the small stone with the name London Stone has become a landmark to attract tourists to the capital of England. Its good omen is in its background and past.

For centuries, archaeologists have begun to investigate, but no one has been able to determine the age of this stone, where it came from, and why or where it was located. "This is a case in which archeology surrendered," said John Clark, curator of the London museum.

The only accurate thing related to it, that humans can provide is 53 x 43 x 30 cm dimensions. However, this is only a remnant of the original rock when it appeared on Candlewick Street (now Cannon). Much of the rock was destroyed when the government built the Metropolitan Railway in the mid-19th century. 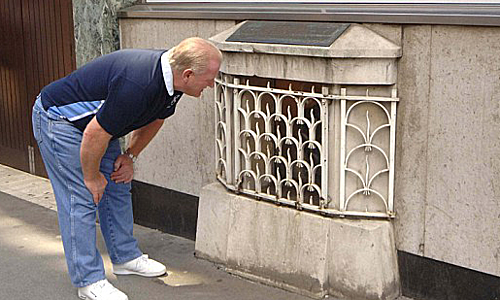 Stone London is located in a modest position at the foot of the building before renovations at 111 Cannon Street. Photo: REX.

When science failed to provide an accurate history of the stone, the myths surrounding it flourished.

In the 18th century, writers in London considered the stone to act as a mascot protecting the city. Thanks to it, the new London survived many wars. Another legend believes that if a chariot traveled too fast here, the wheel might break while the stone did not move. In 1450, the leader of an uprising against King Henry VI, Jack Cade, placed his sword on the stone and declared himself "Lord of London". However, to date, there is no evidence to suggest that the story is true.

In the 1960s, researchers thought it was a Clipsham limestone, dating from the Jurassic period, which can be seen from Dorset to Lincolnshire. In 2016, results from tests conducted by the London Archaeological Museum indicated that the London Stone could come from the Cotswolds, 160 km west of the British capital. London stone has been included in city maps since the 16th century.

`` The rock moves very little, even though its surroundings have changed, '' said Roy Stephenson, head of the Environmental Studies group at the London Museum. The stone is also a witness, witnessing many events of the city. On September 2, 1666, a fire broke out at a bakery in Pudding Lane, starting the London fire at that time. The fire devastated central London in the middle, burning over 13,000 buildings, including structures around London Rock. 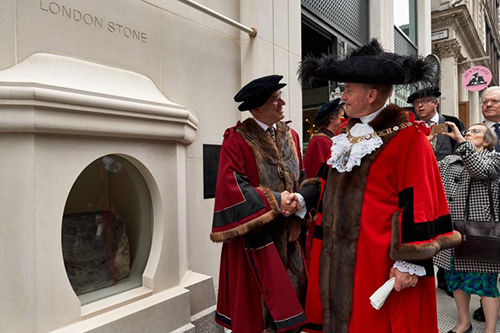 London stone was brought back to its original position on October 4, 2018, after the time the building at this address was renovated. Photo: Stonespecialist.

In 1742, roads in London became increasingly congested. The stone was moved a short distance, from the center of the street to the curb, and placed within the wall of St Swithin church. In 1940, the church was devastated by German bombs, but the stone remained intact. In 1962, the rest of the church was replaced by an office building, located at 111 Cannon, and including a special stone. Since then, the rock remained dormant in this place, except from 2016 to 2018, it was put into the London Museum when the building was renovated.

At present, no one has found the original purpose of the rock used. But its iconic importance has not changed.

From Heathrow Airport, London, visitors can reach Cannon Street by taxi or train. Travel time is over an hour. In Vietnam, many airlines fly direct and connect to London. Round trip tickets from about 900 USD.