The mystery of the safe that took the millionaire's life

USA - One of the surprises on the Jack Daniel distillery tour is seeing what killed the brand's founder.

Founded in 1866, Jack Daniel’s Distillery is the first distillery to be registered in the United States and named on the list of National Historic Sites. Jasper Newton "Jack" Daniel is the founder of his brand. By 1904, his whiskey won a gold medal at the World Fair.

It all started when Jack left home when he was seven. Mom died early, Jack's father remarried but died soon after. Hated stepmother, Jack left home and was adopted by Dan Call, a pastor. Dan began to teach Jack how to brew wine, and in 1875, Jack set up a distillery with this pastor with money from his late father.

"The sheep who came to the church began to talk, how a priest served God on Sunday, went to brew wine on Monday morning. To make the church atmosphere happy, the priest sold the distillery. for Jack for $ 25, "said Jesse James, a tour guide in the factory. 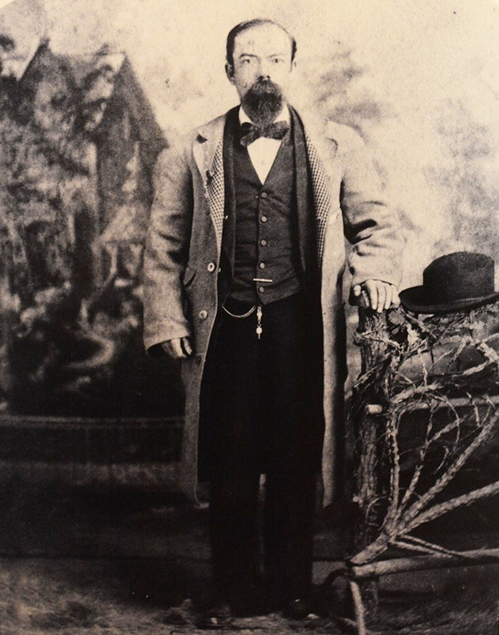 Jack Daniel's birthday is still a mystery. You will be "lucky" to guess his birthday when visiting the website for visitors. Photo: Travel Blog.

In 1884, Jack bought the land where the distillery today is located in Lynchburg, Tennessee and began to make a fortune. The story goes that one day Jack came to the factory earlier than usual because he wanted to open the safe to complete some papers. He sat down, turned the key a few times but still had the wrong password. Annoyed, Jack kicked his left foot into the safety deposit box. The thumb was broken and the infection was so severe that the doctor had to remove the left foot. Necrosis continued to spread throughout the body and eventually he lost his left leg due to inability to circulate blood.

About five years after kicking the safe, Jack breathed his last breath at the age of 61 on October 9, 1911, due to complications from septicemia. However, the cause of Jack's death is said to be a mystery, many people do not believe in the rare accident of this millionaire with a safe. Today visitors to the factory in Tennessee still see firsthand the safe which is said to have ended the life of the king of whiskey. 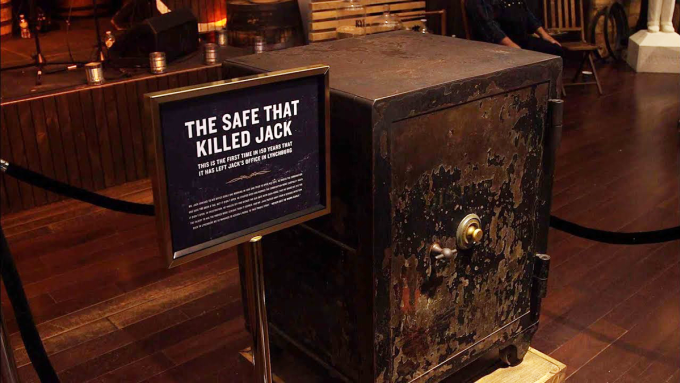 The safe was put on display in a store in New York in 2016. Photo: Insider.

Because he had never been married or had children, the factory owner passed down the property to his nephew, Lemuel "Lew" Motlow, in 1907. Motlow operated the factory for 40 years. But Lemuel was unable to sell whiskey because of a US liquor ban from 1920-1933 and filed a lawsuit against the Moore County Court to sell alcohol when the ban expired, but he could only continue doing business from 1938.

The winery was later relocated to St. Louis, Missouri and Birmingham, Alabama, but cannot produce whiskey of the same quality distilled in Tennessee. The secret to making this infamous brand is the 56-degree hot spring water in the Spring Hollow limestone cave - the resources still exploited at the factory to this day. The original formula of Jack has not changed so far, using only the right amount of corn, rye and barley. 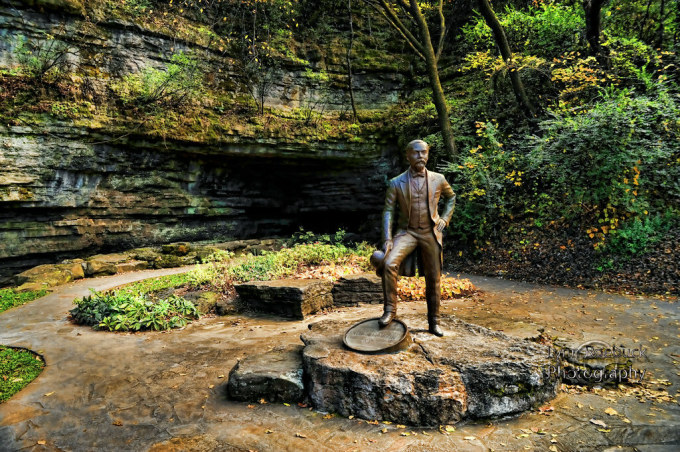 The statue of Jack Daniel is placed in front of the Spring Hollow stream in the premises of the distillery, which attracts 280,000 visitors annually. Photo: Lynn Roebuck.

A few years after the law changed, the distillery was finally able to resume operations in 1947. Although today distilling whiskey is legal in Tennessee, the distillery is located in Moore, a county. prohibit the sale of alcohol. That is, the factory can legally produce alcohol, but cannot sell. Therefore, visitors can not try the factory's wine at any bar or restaurant in Moore County.

However, the exception is that customers can buy whiskey bottles (without alcohol) in the distillery's souvenir shop. Tourists can take a daily tour of the distillery from 9am to 4:30 pm, except for Thanksgiving, Christmas and New Year's Day. A guided tour costs from 15 to 30 USD. After each tour, tourists are served a small glass of lemonade, not alcohol.