The island 'eats' itself

Nishinoshima is constantly expanding. By 2015, the island is 12 times larger than the old version.

From thousands of years to about half a century ago, Nishinoshima - the volcanic island southeast of Tokyo, was originally quiet. Certainly, it had erupted violently from time immemorial until lava piled up a few kilometers wide. But for thousands of years of silence, the island expanded into a seabird territory.

Until one day in April 1973, the ocean waters east of the island suddenly bubbles. From the passing ships, sailors could see the smoke rising. The chemists then recorded that "sea water was opaque with tiny particles ranging from yellow to brown". 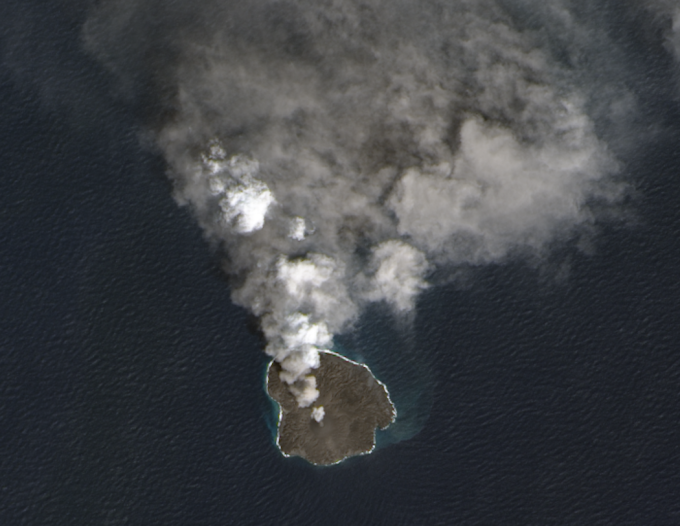 A few days later, new islands appeared, connecting with the original volcanic island. It was no longer a small dot in the middle of the ocean, but turned into a wobbly semicircle, stretching as if grabbing something to eat.

With both size and shape developing at an amazing rate, the island probably hasn't changed anymore. But by the end of 2013, it changed again. An underwater volcano near Nishinoshima starts erupting, the lava cools into twisted clumps. A new island formed and stretched. The local authorities had originally planned to give the island a new name, but before reaching a conclusion, it had merged with Nishinoshima. So the new island was named Nishinoshima. 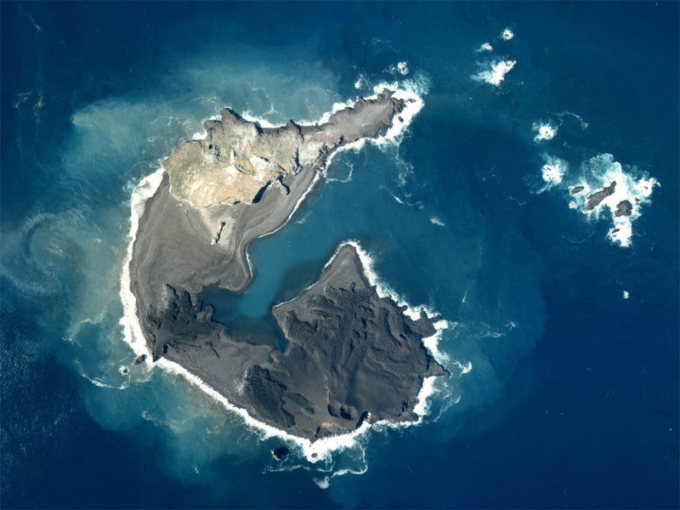 The island transforms into a semicircle. Photo: Japanese Ministry of Land, Infrastructure and Transport.

This time, Nishinoshima erupted again, swallowing all the old land floating in the sea. One must be amazed at its growth rate: In 2014, Japan Times reported that this volcano has released enough lava to fill 6 large stadiums such as the 48,828-seat Tokyo Dome in the capital of the flower country. Cherry. Estimated to have spewed 7.9 million cubic meters of lava.

At the end of 2014, the eruptions halted for a while. Scientists are curious about a possibility: as the island cools, will trees and wildlife flourish? Once again, the scientists were disappointed, because the volcano erupted again, the island was constantly growing.

By 2015, the island of Nishinoshima was 12 times larger than the old version. 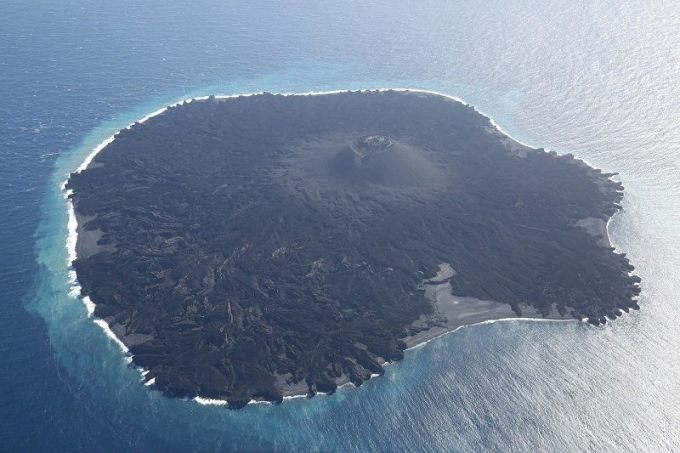 "Observers who boarded an airplane passing through the island noticed vigorous activity in the crater. Lava bombs shot up 100 meters above the crater and red hot rock rolled down the edge of the island. islands, touching the sea, "wrote the report of the Smithsonian Volcanic Institute.

Nishinoshima Island is located about 940 km southeast of Tokyo. By 2019, volcanic eruptions cause the island's area to increase to 2.89 km2. It belongs to the Ogasawara archipelago, the territory of nearly 200 species of birds. For reasons of conservation and safety, tourists are not allowed to come here, only scientists can come to conduct research.

Nishinoshima will probably stop "eating" new islands growing around it, but that's when it is ready to stop growing.