The 'gold' passport is possessed by the super rich

Malta passports are gaining traction with the richest people in the world thanks to visa-free privileges to 182 countries and territories.

Malta is a beautiful island nation located in the Mediterranean Sea, famous for its great beaches, pleasant weather and unique historical sites. But this small country in the south of Sicily (Italy) has something much more important, which is of interest to even the richest people in the world. It is the passport book with many special offers.

The "gold passport" attracts the richest people in the world
Despite being a modest island nation, Malta is an attractive destination with a rich history and culture. Video: Malta Ecursion.

According to the Henley Passport Index, Malta, a country of the European Union (EU), a passport is exempted from visa to 182 destinations and foreigners can buy a passport without settling down.

According to Bloomberg, more and more rich people are looking for a second nationality for a stable, safe future and they are interested in Malta. It is a country that does not impose a worldwide tax on income and assets, only a 15% tax on the amount of money put into the country.

Christian Kalin, President of Henley & Partners, told Bloomberg: "If you have a yacht and two airplanes, the next thing you have to have is a Malta passport. It's the latest symbol of world class. super rich. We have customers who simply want to collect some passports. " 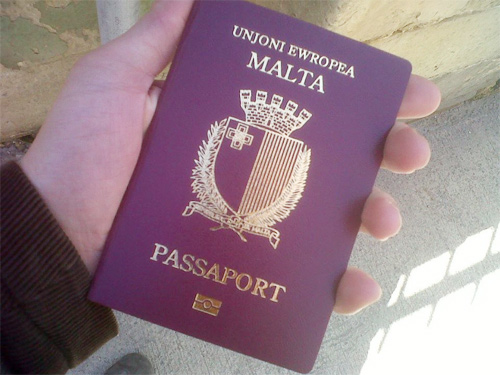 Malta is one of the 10 countries in the world that allows foreigners to buy citizenship in the "cash exchange for passport" program. The program, officially called Individual Investor, is designed to attract wealthy investors and enrich national funds.

Under the plan, individuals must buy or rent properties on Malta's three islands, invest and contribute to the development fund. As such, they exchange for passports without having to settle down or visit this country often.

According to The Times, a Malta passport book worth $ 2 million (47 billion). The cost of buying a Malta passport is quite high, but it is still cheaper than that of other European countries like Austria ($ 33.4 million) and Cypus ($ 3.3 million).

This passport policy has brought $ 960 million to Malta, through more than 700 investors since the program launched in 2014, Malta Today reported.

A large number of investors are wealthy Russians. In a list of new citizens announced by the government of Malta in December 2017, nearly half are real estate tycoons, kings and heads of Russia's largest private companies. 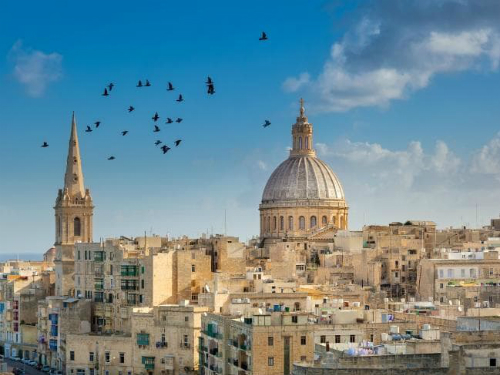 Rich Russians make up a large proportion of the list of new citizens in Malta. Photo: News.

The increase in Russian candidates for Malta nationality seems to stem from economic sanctions on Russia imposed by the EU and the US, to deal with issues related to Ukraine.

Ilya Shumanov, head of the representative agency of Transparency International (TI) in Russia, said many senior officials are flocking to Malta to find ways to avoid risks.

"They want to find a peaceful place for family and relatives and buy a second passport as an opportunity to avoid risks," he told CBC.

However, this program has been criticized for creating opportunities for shady transactions. The Transparency International's December 2017 report warned that Malta's passport policy is "attractive because it both facilitates money laundering and allows investors to freely import and export." EU countries' landscape. "

The report said: "EU citizen passports facilitate the transfer of money, because European banks consider the owners of those passports to be permanent residents, not foreigners. suspect. In fact, this is also a matter of reputation washing. ”

Therefore, it is no coincidence that the "golden" passport has become popular among investors from countries with high rates of corruption, strong underground economies and unstable political systems. As a result, those who are supposed to invest in the economy and properties of the state of Malta, turn into "ghosts" in low-cost apartments, according to the TI report. 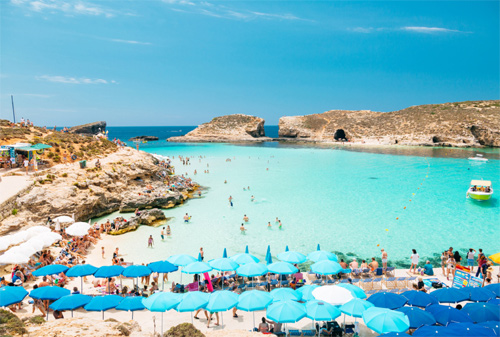 In August, the EU warned it would take strong action with EU governments including Malta and Cyprus in passport policies due to concerns about money laundering.

Vera Jourova, the EU's justice commissioner, told the Financial Times that the authorities were also concerned about the background of wealthy Russian candidates wishing to acquire Malta citizenship.

Ms. Jourova said: “In any suspicious case, that person should not enjoy the privilege of a citizen. We do not have the right to ban the nationality policy of any country, but we are obliged to make strict requirements to member states because they are granting citizenship for the whole of Europe. ”