The city donated millions to people who proved it didn't exist

According to conspiracy theories from the 1990s, the city of Bielefeld, Germany is not real.

Recently, the city government wants to smash the conspiracy theory by opening a contest with a reward of up to $ 1.1 million for anyone who can prove Bielefeld does not exist. The nearly 800-year-old city is gathering submissions from applicants from around the world.

Martin Knabenreich, head of marketing at Bielefeld, said on DW: "We are excited about the creative submissions and certainly 99.99% we can refute the conclusions of the participants."

This city will take the exam until September 4. 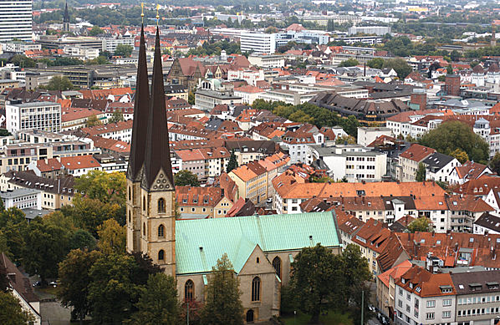 Bielefeld is a German city with more than 300,000 inhabitants, a university, a castle and beautiful architectural buildings. However, according to the believers in the Bielefeld Conspiracy Theory, the city exists as an illusion, possibly built by the CIA.