Amidst the grandeur of nature, Sakya stands out as one of the most elaborate and historic monasteries in Tibet.

Sakya is the main monastery of the Sakyapa sect of Tibetan Buddhism, founded in the 11th century. Initially, Sakya consisted of the northern monastery and the southern monastery. 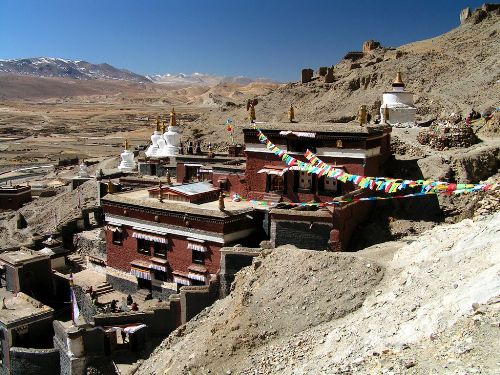 The current temple that tourists often see is the South Temple, it is designed according to the rampart layout. The temple is surrounded by a very high wall, in the middle is the Buddha Temple, the city and the temple intertwined. As a stronghold of the Sakya government, the Nam Sakya temple is completely different from the previous Buddhist temple in Tibet.

Bat Tu Ba - the Tibetan mastermind of the Yuan dynasty put all his wealth into the construction of this Nam Sakya temple. The work took more than 20 years to complete, starting from the first term of the Khakya master Shakya Zangpo until the third edition. Bat Tu Ba died when the temple was still not completed.

The Northern Sakya Temple, located halfway up Mount Benbo, was destroyed during the Cultural Revolution, leaving only ruins. 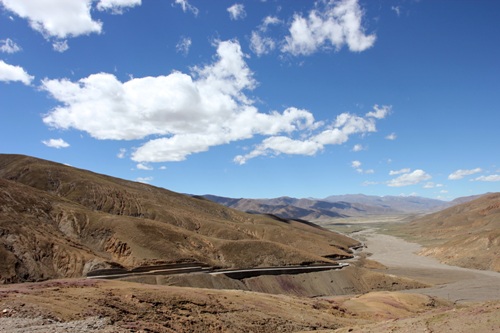 Although Nam Sakya is said to be a temple, its architecture is like a stronghold. The main hall of Lakhang Chenmo is magnificent, with a capacity of 10,000 monks meditating at the same time. Of the 40 giant pillars for the roof, there are 4 columns with a diameter of one meter. Inside the main hall are statues of the three founders of the Sakya sect, including Khon Konchog Gyalpo, Kunga Nyingpo (son of Konchog Gyalpo) and Dragpa Gyaltsen.

Beautiful drawings of Sakya by An Nepalese architect named Anigo. Anigo is the only foreign architect honored by Chinese history. It was Anigo who was recommended by Bat Tu Ba to Kublai Khan and was highly respected. Anigo's most famous building is the White Tower - the only Buddha tower in Beijing.

In addition, the monastery also owns 21 volumes of Buddhist scriptures written on Pattra leaves in Sanskrit. Each volume consists of 100-200 pages and illustrates four colors. All are the most valuable classics in the world. Therefore, Sakya is also considered the Tibetan Buddhist Scripture Library. 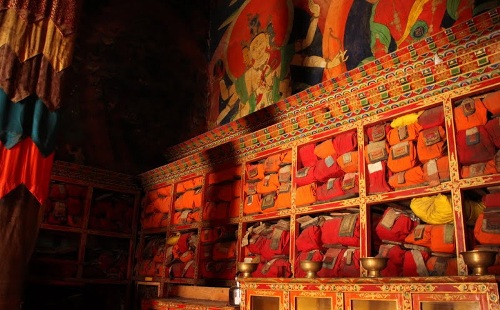 Entering Sakya monastery, you are not allowed to take photos inside the temple but only at the fortresses, outside gates, for the purpose of preserving precious Buddha statues and documents. When entering the monastery, take a slow walk, look at the statues of the three founders of the cult, the literature, the letter ... to recall the wheel of the past and a glorious, glorious time brilliant of Sakya.