Covid-19, like a storm of the century, swept through world tourism, blowing more than $ 2,000 billion in revenue and leaving 75 million jobs lost.

From Asia to Europe, America, empty beaches, empty streets, empty landscapes and incessant aviation. No industry has experienced a rapid downturn like tourism under the impact of a pandemic. The technological revolution has brought people closer together by trips and the tourism industry, with a billion turns a year, suddenly becoming meaningless because of a virus, leaving people around the world in their homes. .

The tourism industry seems to have developed a financial strategy for a crisis-free future. Tourists plan a bright prospect for a $ 8,000 billion industry: smooth borders, high demand for tourism ... without thinking of the dark corners of the market, like a pandemic. this.

Comprehensive assessment of the current tourism industry's damage is difficult, as the data changes every day as the virus spreads so quickly. However, the World Tourism Council (WTTC) - representing global tourism businesses, said that if the pandemic lasts for a few more months there will be 75 million people losing their jobs, $ 2,100 billion in revenue dissipated. .

Gloria Guevara, CEO of WTTC, is urging governments to rescue travel companies, because he said the damage in the tourism industry "has left millions of families in the world in worrying situations." ". 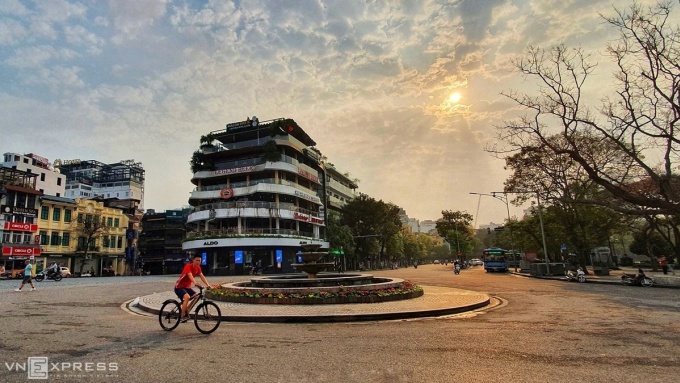 Many destinations in Vietnam are completely deserted, and tourism damage to April was estimated at US $ 7 billion. According to the Aviation Department, the revenue of domestic airlines is estimated to decrease by VND 25,000 billion by 2020. In the photo, the fountain near Hoan Kiem Lake is crowded with people nowadays. Photo: Giang Trinh.

On average, international airlines, including Delta and United Airlines, only have enough money to cover expenses for the two months before Covid-19 struck, according to IATA. British Airways says its 36,000 employees must stay home. The American Airlines Association (A4A), which owns American and JetBlue, as well as UPS and FedEx, said its member companies lost about $ 87 billion in revenue this year and are considering borrowing. borrow.

The yacht industry also faced numerous difficulties when shipping lines lost $ 750 million in revenue in January. Stock prices of major companies like Caribbean, Carnival and Norwegian fell by 60-70%. Losses in the near future will increase as trips may stop until July or August. 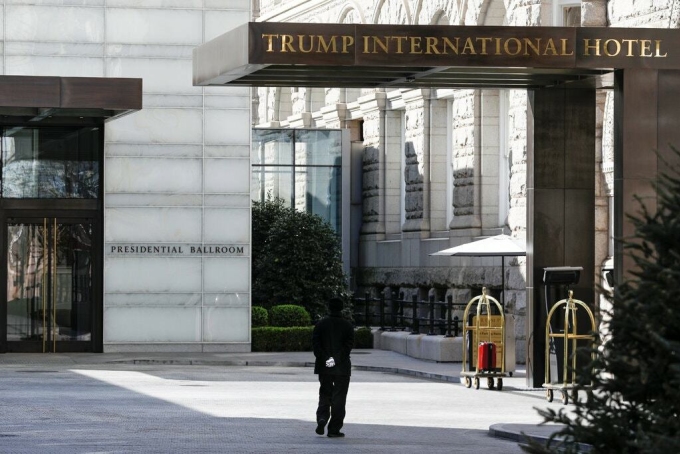 Due to the impact of the pandemic, large hotels, often holding conferences, suffer more severe losses than small and medium-sized accommodation establishments, which can lose up to 75% of revenue. Photo: Reuters.

Countries around the world can learn the US government's bailout plan with businesses. The US Congress has approved a $ 2,000 billion stimulus package to support businesses and the unemployed, to reduce the impact of the pandemic on the economy.

Businesses could benefit from several stimulus packages: US $ 425 billion from the Federal Reserve for severely affected industries; $ 75 billion for airlines, hotels ... and 25 billion in direct funding, if the government holds a stake in those companies. Most of the money comes with conditions when businesses want to access.

"The pandemic negatively affects the tourism industry by 6-7 times larger than the 9/11 attacks. This bailout is very important, we want to accelerate the recovery process," said Roger Dow, CEO of American Tourism Association, speech. "Most of the businesses in the tourism industry are small. With loans for small businesses, we want them to keep running and keep their staff." 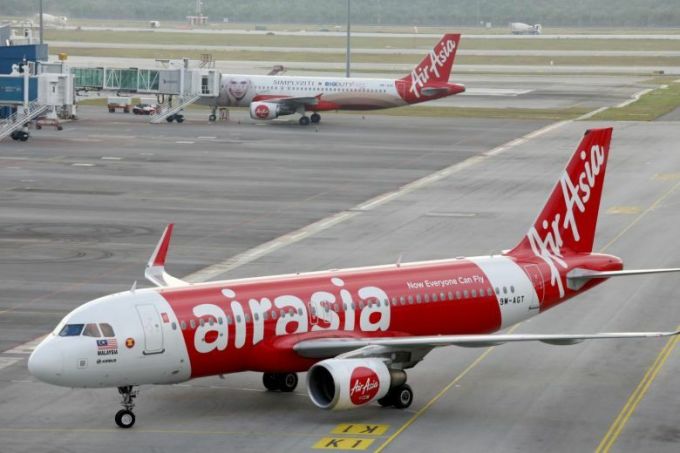 The founder of Air Asia, Tony Fernandes, said on April 11 that he and its executive chairman "will not get paid during this period". While employees of the group accept to reduce salaries from 15 - 75% to share with firms under the impact of a pandemic; Currently, 96% of aircraft do not fly. Photo: Reuters.

Tia hoped at the end of the tunnel

Some signs are suggesting that the tourism industry can recover in China, where the pandemic began to be gradually controlled and travel restrictions lifted. Hotel bookings in China increased 40% in the first week of March, according to Bloomberg, while daily flights increased 230% from the previous month.

Arne Sorenson, Marriot's chief executive, said he saw significant improvement at the group's hotel system in China. Hotel room occupancy in China stood at 42% on 1 January and increased to 70% by mid-month, after just two weeks, 90% capacity was reduced due to outbreaks. But on 1/3, this rate increased again.

As for the US, the new center of the world, the situation is not yet optimistic. The US Tourism Association can only say that they believe in the resilience of this economy, but it takes a long time.