Located near the southeast coast, the city of Gyeongju was once the capital of the Silla era (57 BC - 935). The city attracts a large number of tourists each year.

See artifacts from the museum

Gyeongju National Museum is the first place to start exploring the history of Silla Kingdom. It houses more than 30,000 archaeological specimens and artworks that have been excavated in the city.

A place not to be missed is the Wolji Hall, which showcases everyday items, excavated from the Wolji pond. The outer area is where the holy bell of Seongdeok and the Goseonsaji stone pagoda are displayed. 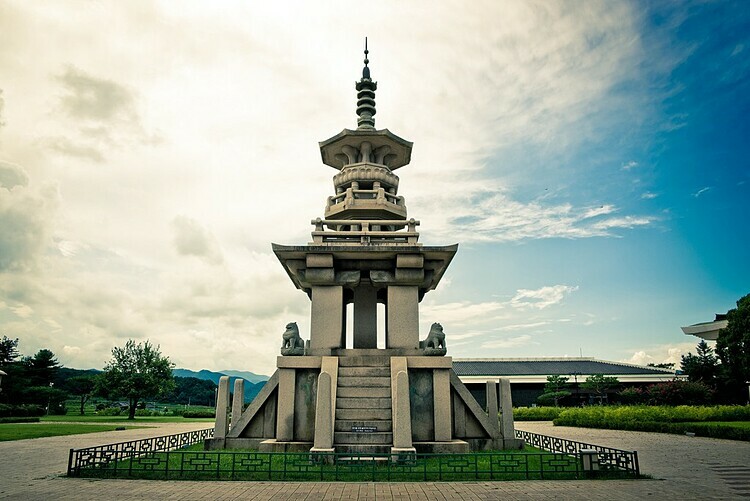 Buddhism has been introduced to the Kingdom of Silla since the 6th century, helping to strengthen royal power and win people's hearts. The development process has left many UNESCO cultural heritages, including Bulgaksa Temple. Built in 751, the temple is a complex of architectural works of art in the 8th century, reflecting Buddhist culture in this period. The temple is also home to many national treasures including Dabotap and Seokgatap.

Walking through downtown Gyeongju, you will see the burial tumuli - the burial mounds, most concentrated at Daereungwon Tumuli Park. There are more than 20 mounds, including the ancient tomb of Chunmachong. The tomb was excavated in 1973, including wooden coffins inside the basement, solidly made of stone.

During the Goryeo and Joseon periods, the Wolji Pond was once called Anapji and was part of the Gyeongju Donggung Palace, one of the princely palaces. After the fall of the Silla dynasty, this place was abandoned until the porcelain specimens with the inscription of Wolji were found in the 1980s. In Korean, Wolji means "a pond reflecting the moonlight. ". 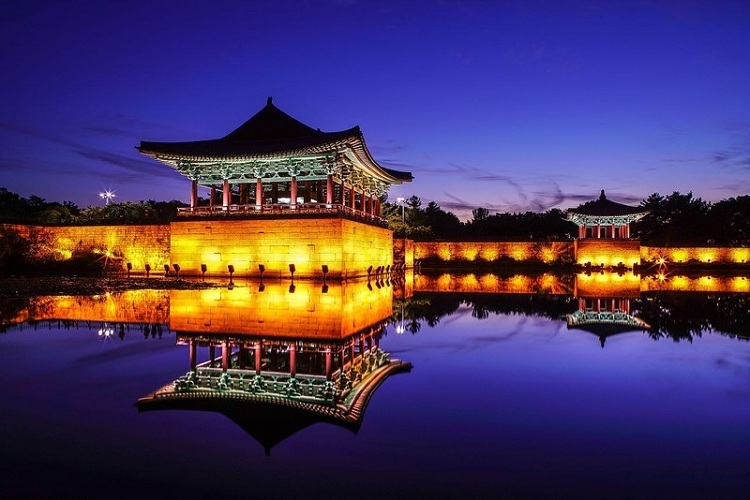 Wolji Pond is most beautiful at night when the moonlight shines on the surface of the lake. You should buy tickets early to get the best foothold. Image:

In addition to exploring attractions and monuments in the city of Gyeongju, you should enjoy Silla-style specialties like the Ssambap meal. This is a meal with many small dishes like meat, cooked vegetables and side dishes. Don't forget to enjoy Hwangnam pastry.